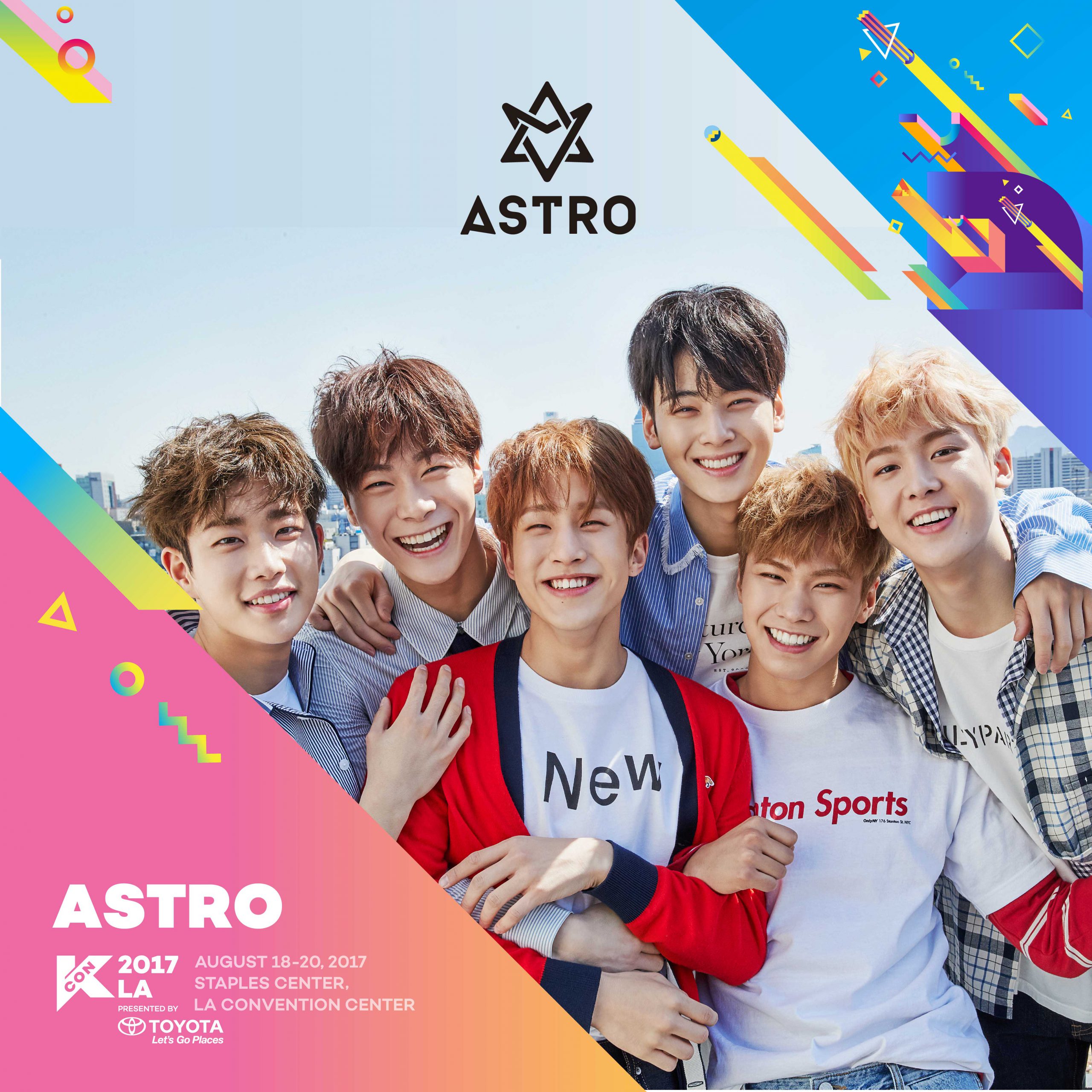 ASTRO is a six-member boy group that debuted on February 23, 2016 with their mini-album Spring Up. Prior to releasing their debut album HIDE & SEEK, the group first starred in their own web drama series “To Be Continued” in August 2015 as well as their own reality television show Astro OK! Ready in January 2016. Since then, their music video for “HIDE & SEEK” has gained over 5.2 million views and their official fanclub name has been revealed as AROHA, which stands for ASTRO Hearts All Fans. ASTRO dropped their 4th mini album titled Dream Part.01 with title track “Baby” on May 29, 2017. Their first concert “ASTROAD” has been announced to take place at the Olympic Park in Seoul on July 15 and 16, 2017.

ASTRO will be aiming for all AROHA’s hearts at this year’s KCON17LA taking place on August 18 – 20 at Staples Center, LA Convention Center! This will be ASTRO’s fourth KCON, and second time performing at KCON LA. West Coasters, are you ready?!

To get a little taste of what the boys of ASTRO are all about and how amazing their lives stages are, check out our ASTRO playlist below, which includes performances from KCON Japan, KCON Mexico, and many others!