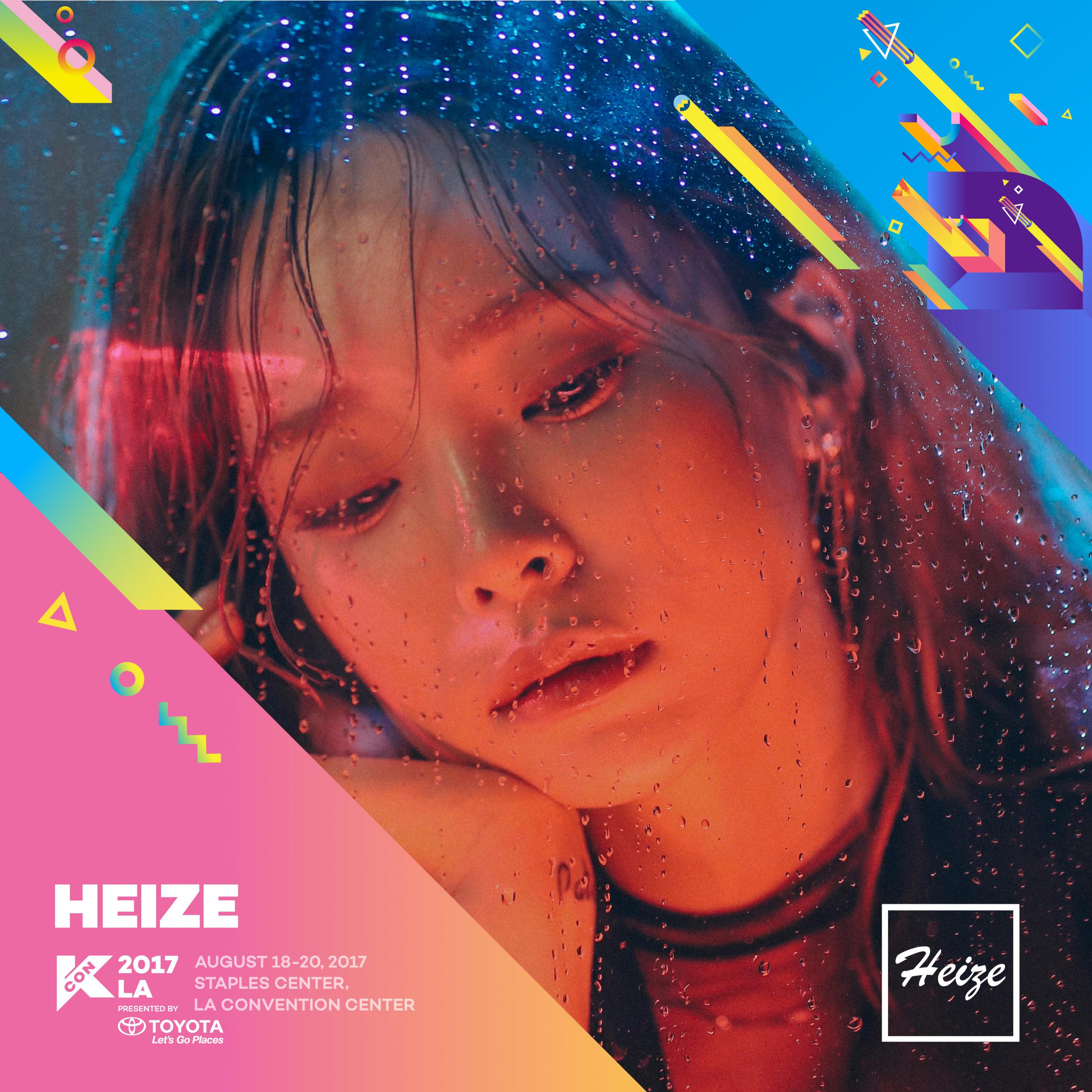 Heize is a South Korean singer-songwriter and rapper. She made her debut in 2014 with her self-titled mini-album Heize. She participated in Mnet’s hip-hop survival reality show Unpretty Rapstar Vol.2 in 2015. In July 2016, she released her second EP album, And July, with title track “And July” featuring DEAN and DJ Fritz. Her single “Star,” released in 2016, charted at #1 on Gaon Digital Chart upon its release. She has also participated in the making of several Korean dramas’ original soundtracks, including “Did You Ride UFO?” for Jealousy Incarnate in 2016 and “Round and Round” for Guardian: The Lonely and Great God in 2017.

Just today, Heize scored an all-kill with “Don’t Know You,” which means our anticipation to see her at KCON LA is through the roof! ? You can watch the woman who stole you through “Unpretty Rapstar,” hit singles, and collabs featuring the likes of DEAN at KCON LA from August 18 – 20 at the LA Convention Center & Staples Center!!

Need to relive some of Heize’s greatest moments? Check out our playlist below. But, beware, we can’t guarantee you won’t finish this article with a new girl crush.