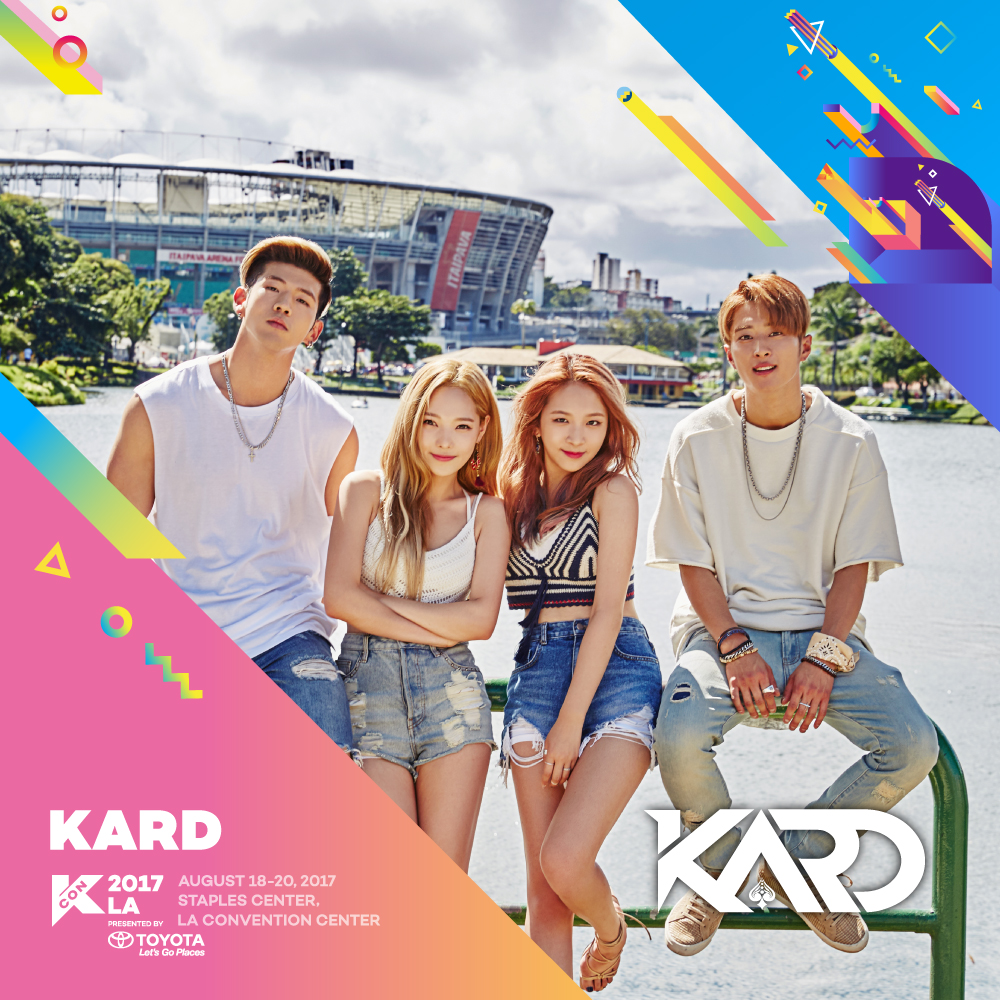 K.A.R.D is a co-ed group formed by DSP Media in 2016. The group has four members: J.Seph, B.M, Somin, and Jiwoo. The group released the first single for their trilogy pre-debut project, “K.A.R.D Project,” titled “Oh NaNa” featuring labelmate Heo Young-ji as a hidden member. Their second project single “Don’t Recall” was released in February 2017 followed by its English version as the hidden track. Their final project single “RUMOR” was released in April followed by its dance-video version as the last “hidden card” before their official debut. “RUMOR” charted #1 in 13 countries on iTunes’ main charts. K.A.R.D is expected to make their official debut in mid-July this year.

Oh NaNa~ The four members of K.A.R.D will be performing at this year’s #KCON17LA! The co-ed idol group has been making waves with their hit singles, “Oh NaNa,” “Rumors,” and “Don’t Recall,” and now West Coast fans will be able to see them perform it live in Los Angeles. KCON17LA will take place from August 18 – 20 at the LA Convention Center & Staples Center.

K.A.R.D will be making their much anticipated debut on July 19. Get to the know J.Seph, B.M, Somin and Jiwoo through our playlist below!

K.A.R.D Films The MV for Their Third Project “Rumor”