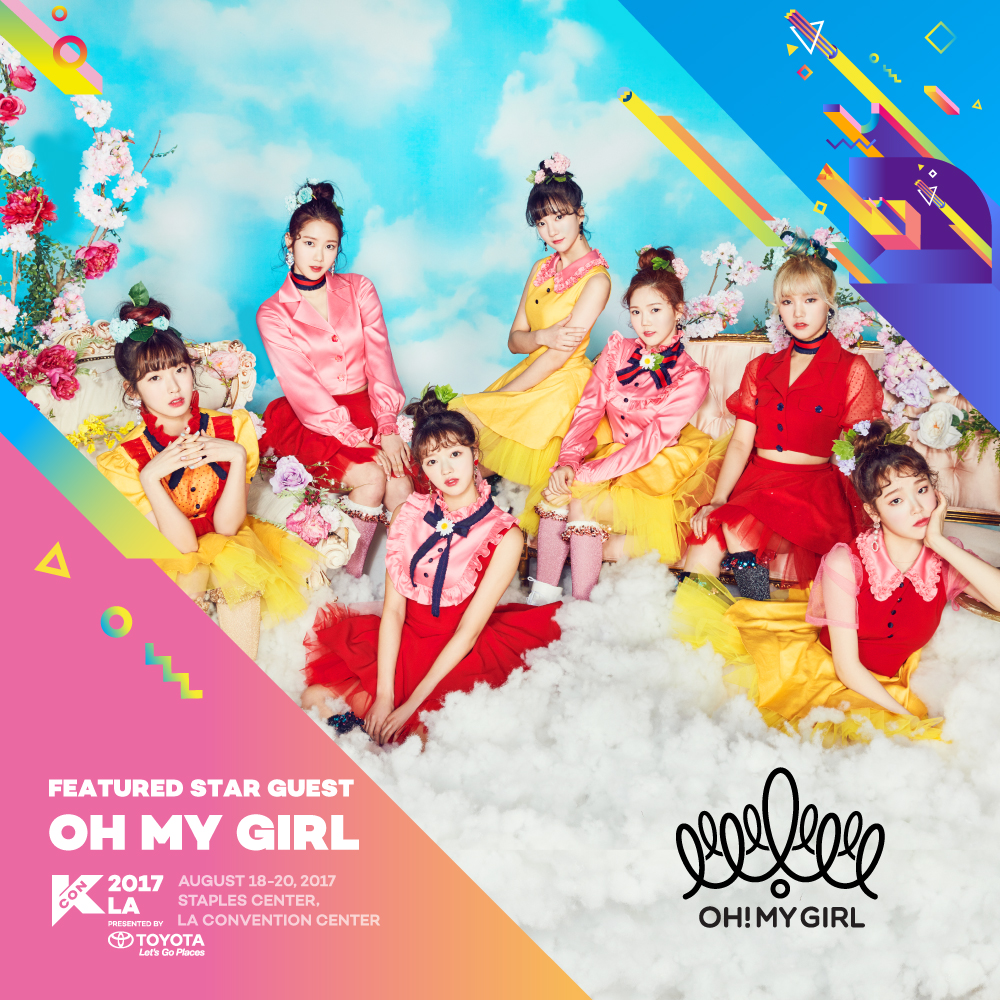 OH MY GIRL is an eight-member girl group formed by WM Entertainment. The members are HyoJung, JinE, Mimi, YooA, SeungHee, JiHo, Binnie, and Arin. They debuted with their first mini album <Oh My Girl> with title song “Cupid” in April 2015. Their second mini album <Closer> was released in October 2015. They released their third EP <Pink Ocean> with title track “Liar Liar” in March 2016 when they also announced their official fandom name, “Miracle,” at their comeback showcase for <Pink Ocean>. Oh My Girl held their first solo concert, Summer Fairytale, in Seoul in August 2016. Tickets were were sold out within three minutes, breaking the record for the fastest sold-out concert for a rookie group. Oh My Girl’s fifth EP <Coloring Book> was released on April 3 this year, along with title track of the same name.

Woooooo! Fans of Oh My Girl, you just got a chance to get a whole lot “closer” to this girl group. As we announced on the #KCONLiveChat, Oh My Girl is coming to #KCON17LA this August 18 – 20 at the LA Convention Center & Staples Center!

You can check out some of our personal favorite Oh My Girl moments in the playlist below!