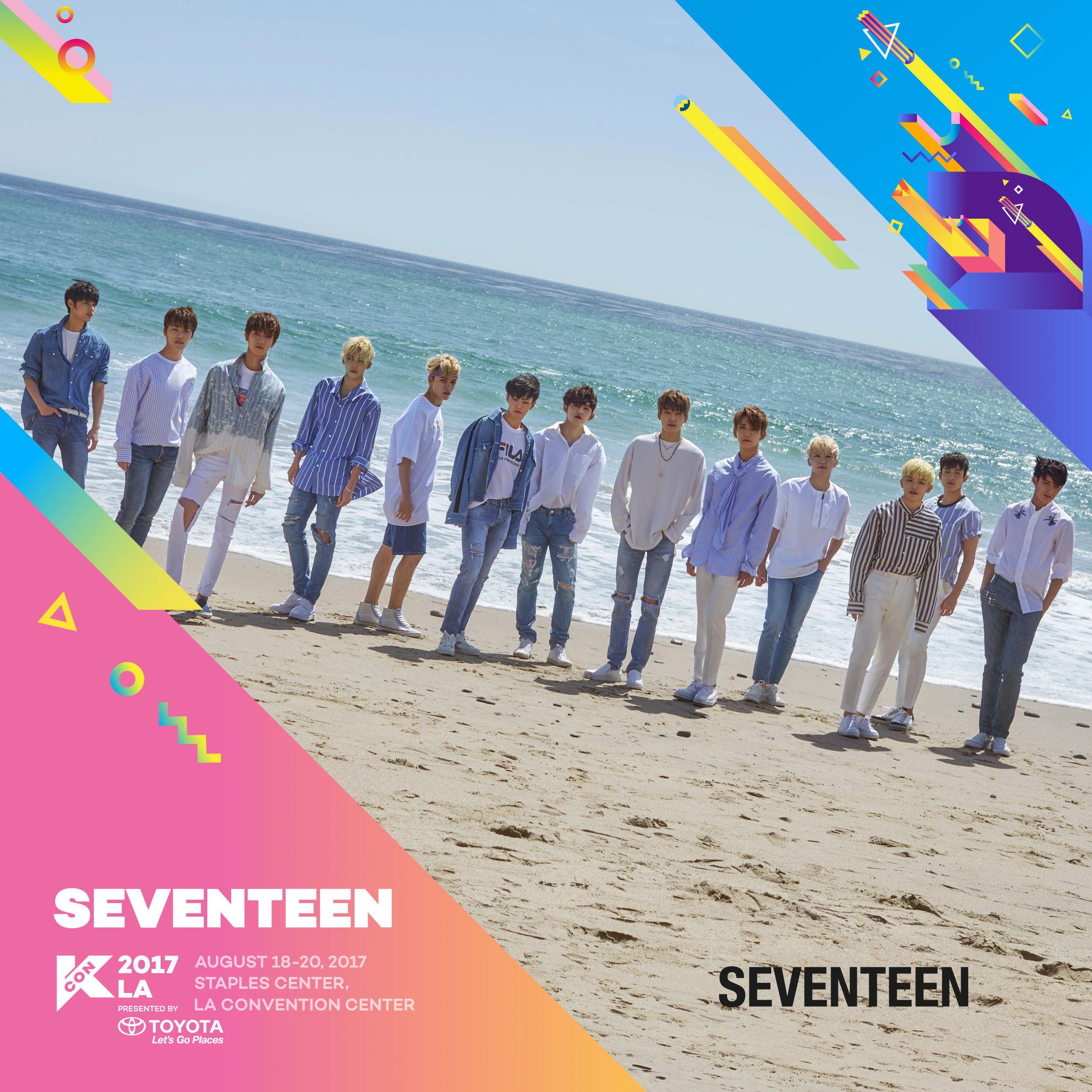 Seventeen is a 13-member boy group who debuted under Pledis Entertainment in 2015. The members are S.Coups, Jeonghan, Joshua, Jun, Hoshi, Wonwoo, Woozi, DK, Mingyu, The8, Seungkwan, Vernon, and Dino. They are also active with three different sub-units: “Hip Hop Unit,” “Vocal Unit,” and “Performance Unit.” The group is known as the “self-producing” idol group as the members are deeply involved in the composition and production of their discography and choreography. Seventeen debuted on May 26 with a live showcase and was the first male Kpop group to debut with an one-hour live showcase on a major broadcasting channel. Their first EP 17 Carat was released along with the music video for title track “Adore U” on May 29, 2015. 17 Carat later became the longest-charting K-pop album of the year in the US and was the only rookie album to appear on Billboard‘s “10 Best K-pop Albums of 2015” chart. Since then, they have released one studio album Love & Letter (2016) and two more EPs Boys Be (2015), Going Seventeen (2016).

West coast Carats, are you ready to see SEVENTEEN at this year’s KCON LA? They blew us away at KCON16NY, and we’re so happy to bring them to our KCON LA fans from August 18-20 at the LA Convention Center & Staples Center!!

If your heart and mind are ready, proceed to get in your most Carat spirit and watch some of SEVENTEEN’s most memorable moments and stages below. If you’re not a SEVENTEEN fan yet, there’s a 99% chance you might become one by the time you reach their Monsta X collab stage.