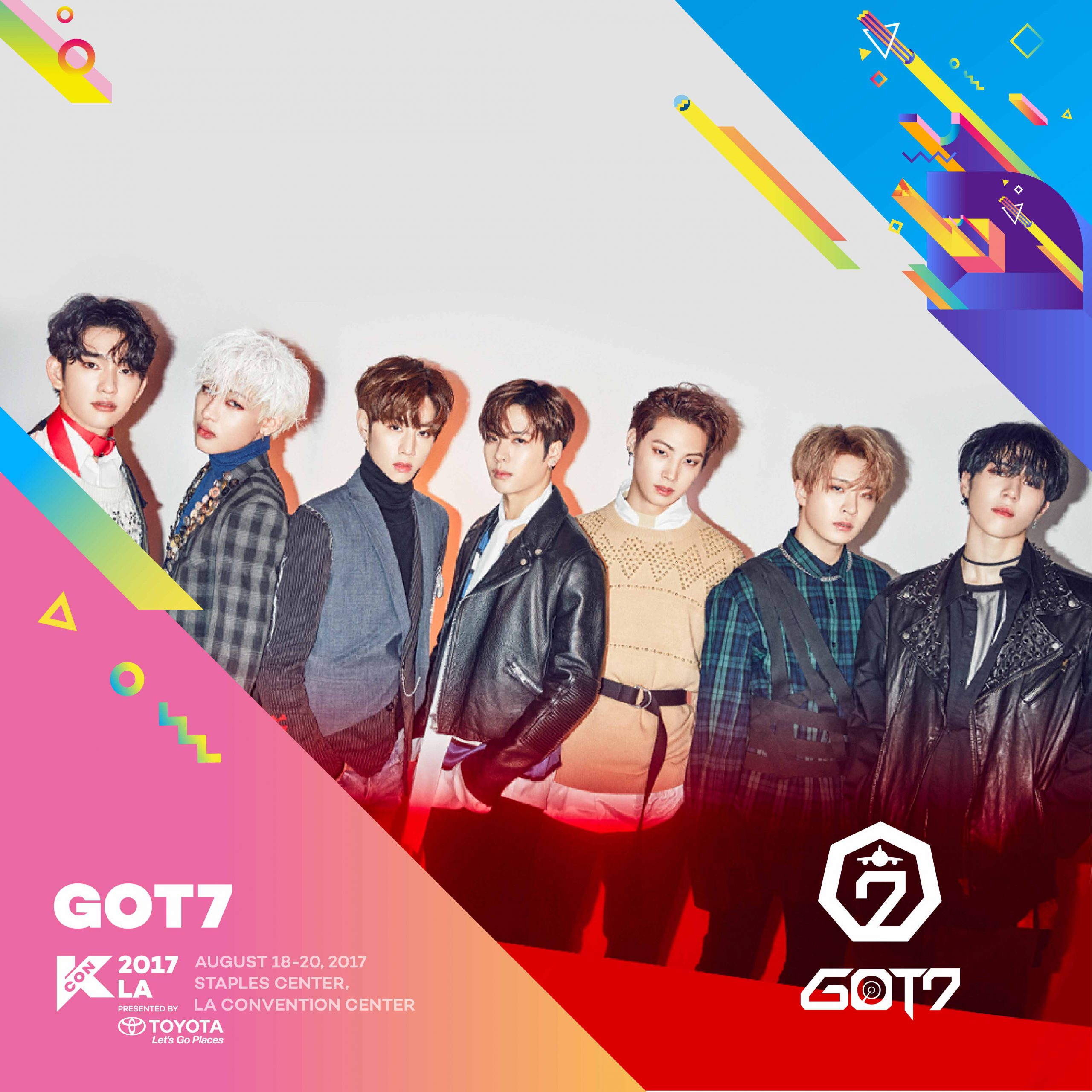 GOT7 is a seven-member boy group formed by JYP Entertainment. The members are JB, Mark, Jackson, Jinyoung, Youngjae, BamBam, and Yugyeom. They debuted with their first EP <Got It?> in January 2014, which landed #1 on Billboard’s World Albums Chart and #2 on the Gaon Album Chart. GOT7 made their official music program debut performing their debut single “Girls Girls Girls” on Mnet’s M countdown. They were awarded the “New Artist Award” at the 29th Golden Disc Awards and at the 24th Seoul Music Awards in January 2015. They were also awarded “China Goodwill Star” at the 29th Golden Disk Awards. In 2016, they were awarded “Worldwide Favorite Artist” at Mnet Asian Music Awards and “Best Worldwide Act” at MTV European Music Awards. In March 2017, GOT7 released their sixth EP <Flight Log: Arrival>, featuring the title track “Never Ever.” The album is the third and final part of the group’s ‘Flight Log’ series, and became their highest selling record with more than 300,000 copies sold. They were awarded “Artist of the Year” at the 6th Gaon Chart Music Awards.

If you’re one of our lucky fans who got all the hints, you may already know that GOT7 is joining the #KCON17LA lineup!!!!!

They came to KCON LA in 2015, and we couldn’t be happier to welcome them back to the LA Convention Center & Staples Center this August 18 – 20!

But, now the time has come to get in the GOT7 spirit and we’re here to provide all of the videos to help. Watch on!