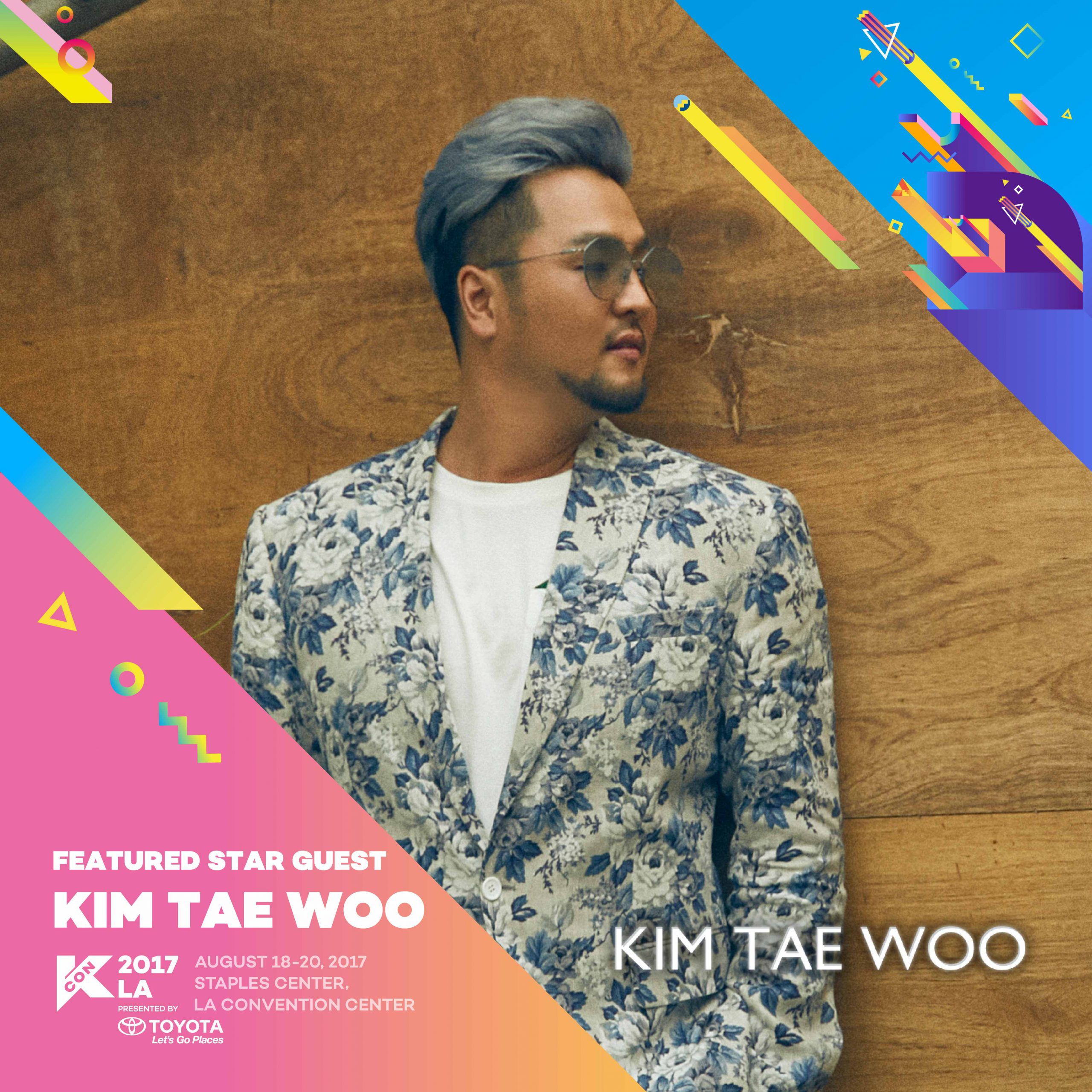 KIM TAE WOO is a South Korean singer. He debuted as the lead singer for g.o.d. in 1999. The group became one of the most popular groups in the 2000s and are often referred to as “the Nation’s idol,” “Legends of K-Pop” with other first generation idols. They were also one of the few groups to have an album become a “million seller” in K-pop. In October 2006, Kim Tae Woo released his first solo album Solo Special, which sold over 100,000 copies in one month. In September 2009, he released mini-album T-Virus which also achieved over 100,000 sales. In the same year, he won “Best Ballad/R&B Performance” award with title song “Love Rain” from T-Virus at the 11th Mnet Asian Music Awards. In July 2014, he re-grouped with other members of g.o.d and made a comeback with album Chapter 8. He has been actively promoting his 6th studio album T-WITH since its release in July, 2017.

As we announced last week on the #KCONLiveChat, legendary vocalist and g.o.d member is coming to #KCON17LA! For all of those Kim Tae Woo (and g.o.d fans out there!), join us this August 18 – 20 at the LA Convention Center & Staples Center!

You can check out some of our personal favorite Kim Tae Woo moments in the playlist below!